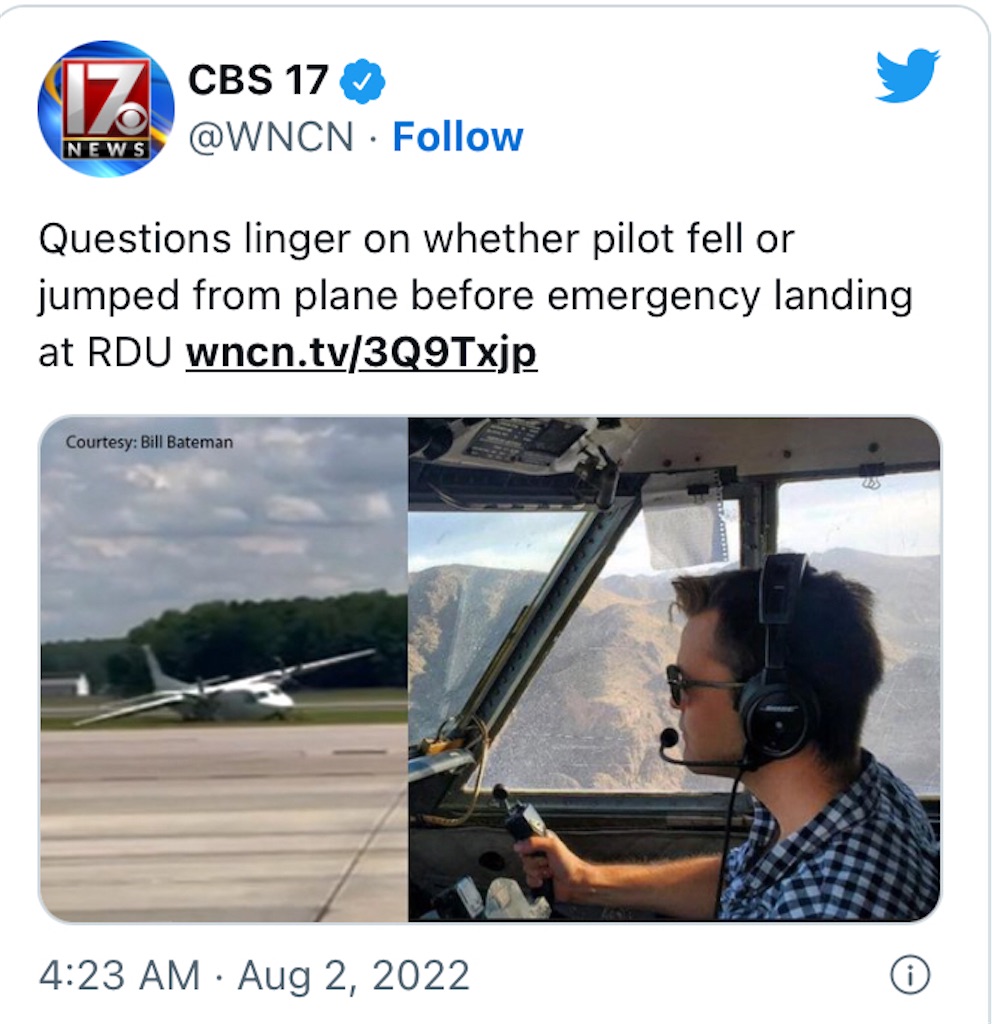 The National Transportation Safety Board said Tuesday that it has launched an investigation after the co-pilot of a small cargo plane died Friday after falling from the aircraft in North Carolina before it made an emergency landing.

CBS affiliate WNCN-TV reported that the body of the co-pilot, 23-year-old Charles Hew Crooks, was found in a backyard in the town of Fuquay-Varina, about 30 miles south of the Raleigh-Durham International Airport. He did not have a parachute.

The pilot made an emergency landing at the airport Friday afternoon after reporting that one of the wheels had come off the landing gear of the CASA 212-200 airplane. He was treated and released from a hospital with minor injuries.

« Solana attack targets thousands of cryp… Cancelled vs. Canceled: Which Is Correc… »
プロフィール