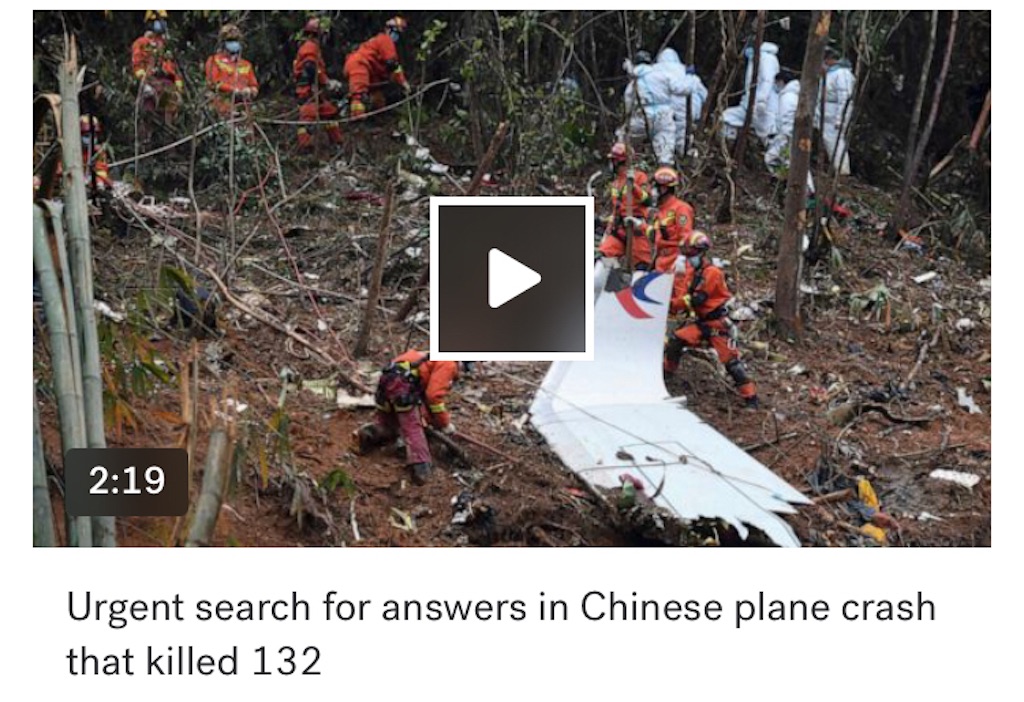 ScreenShot
The Eastern Airlines jet crashed into a mountain after a steep dive.

The China Eastern Airlines plane crash that killed 132 people is believed to have been caused by an intentional act, according to U.S. officials who spoke to ABC News.

The Boeing 737-800 passenger jet was flying from Kunming to Guangzhou on March 21 when it plunged into a mountainous area in Guangxi, China. All 123 passengers and nine crew members were killed.