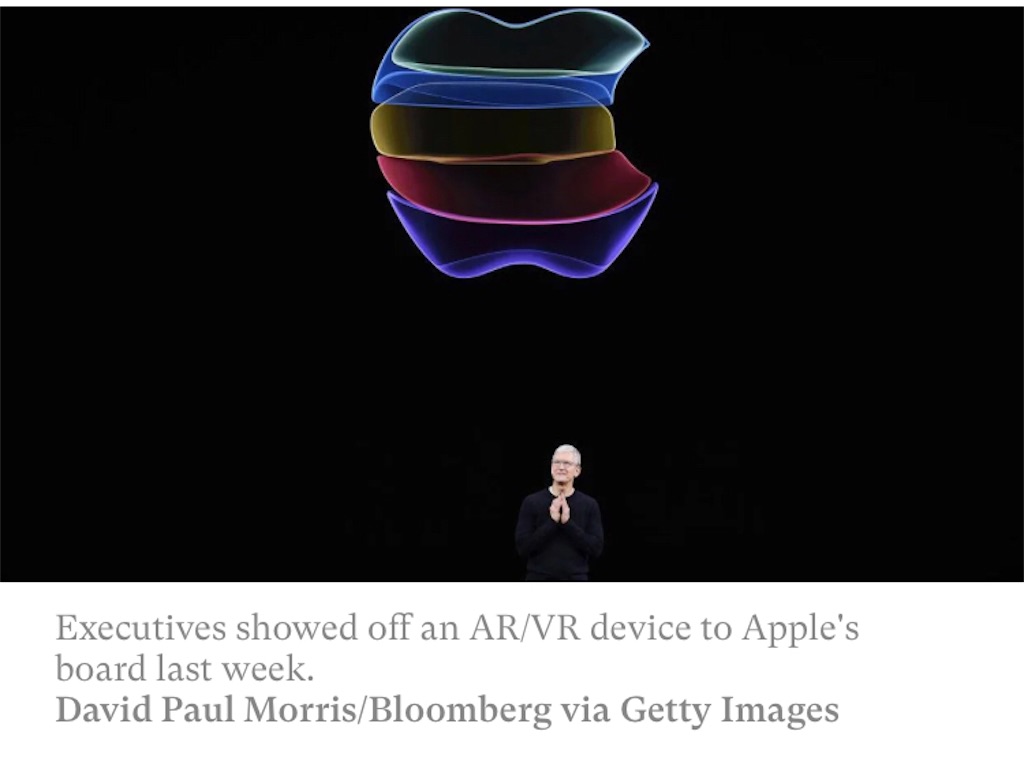 The company reportedly showed off the device to board members as it makes progress on the headset's operating system.

Apple just hit an important milestone in developing its mixed-reality headset as rivals like Meta are making strides in developing similar devices. Executives showed off an AR/VR device to Apple's board last week, according to Bloomberg, a sign that the product is really happening and it's inching closer to a public launch.

Sources with knowledge of the matter told Bloomberg that a version of Apple's AR/VR headset was demonstrated to the company's board members at their latest meeting last week. The board meets four times per year. Apple is also reportedly making progress on the operating system that will power the headset, called rOS (reality operating system) for now. Combined, the developments make clear that Apple is closer to releasing the first device in the first new product category since it launched the Apple Watch in 2015. According to Bloomberg, the company might show off the headset this year and is targeting a 2023 release date for the public.