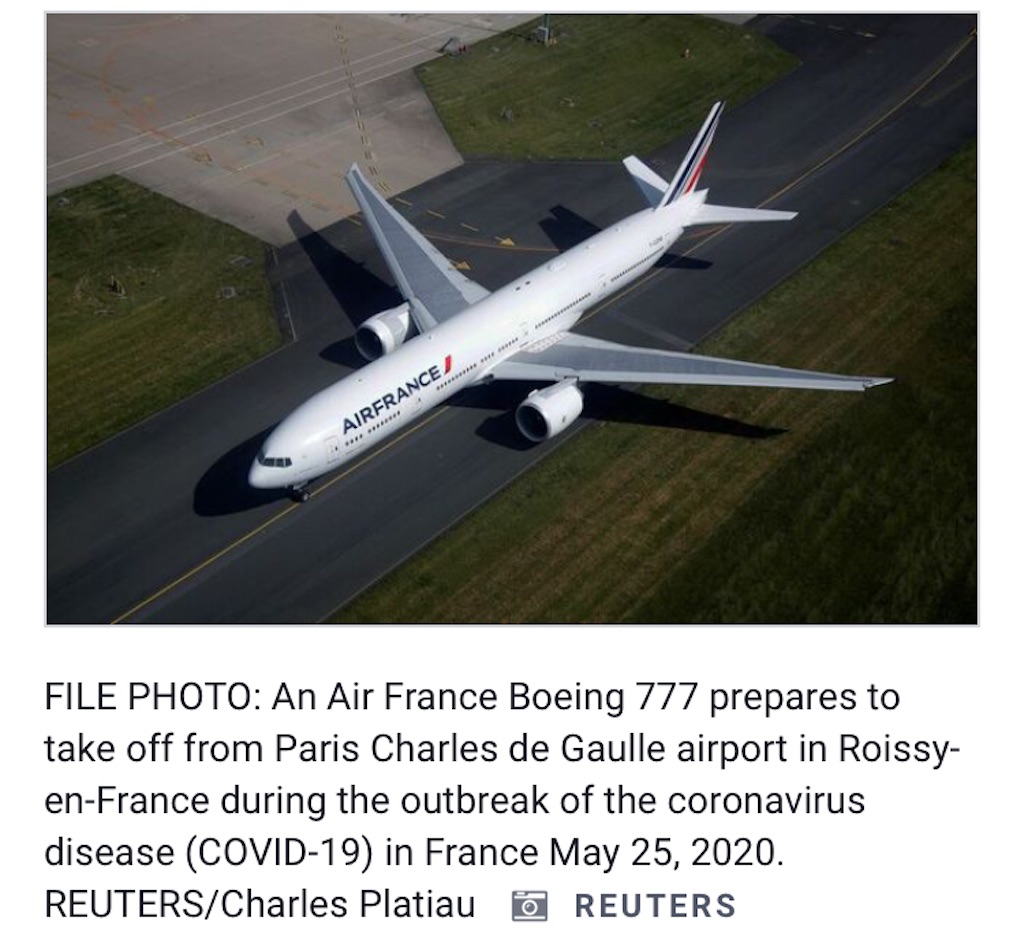 PARIS (Reuters) - Air France pilots who reported their Boeing 777 was failing to respond while preparing to land earlier this month simultaneously pulled the controls in opposite directions, French investigators said.
Flight 11 was on final approach to Paris Charles de Gaulle airport with 177 passengers onboard after a six-hour trip from New York when the landing was abruptly aborted on April 5.

In a radio exchange circulated on the Internet, a pilot was overheard in the background exclaiming "stop, stop" and the captain told the tower the jetliner was "all over the place".
In a preliminary report, France's BEA air accident investigation agency said the two pilots "simultaneously made inputs on the controls" during a go-around for a second attempt.
The agency has classified the event as a "serious incident", an industry term meaning it could have resulted in an accident.

"The captain held the control column in a slightly nose-down position while the co-pilot made several, more pronounced, nose-up inputs," the report said.
"Our crew are trained and regularly rehearse procedures that are practised by all airlines," Air France said.
Boeing declined comment.