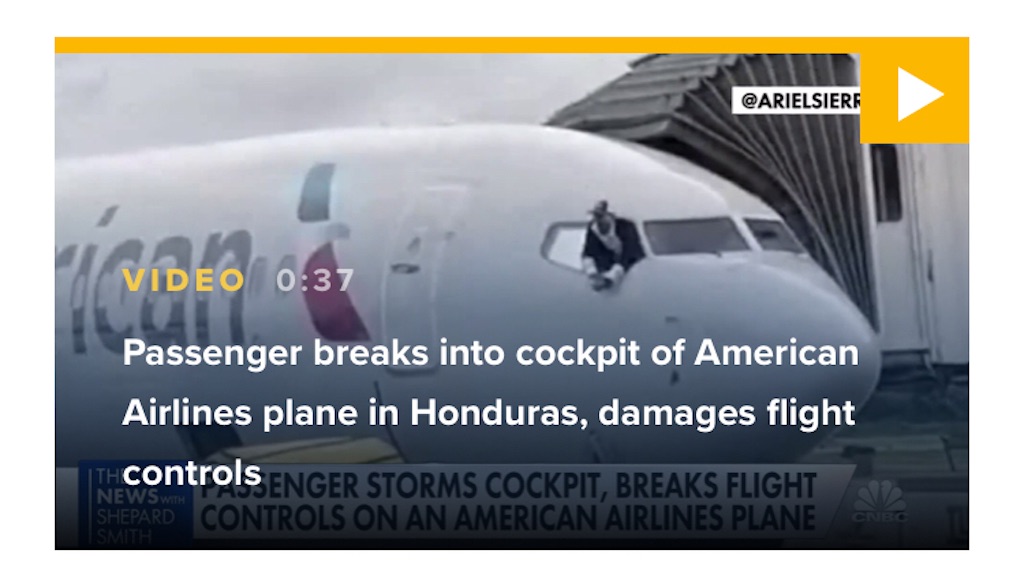 A passenger broke into the cockpit of an American Airlines jet at an airport in Honduras and damaged the plane as it was boarding for a flight to Miami before being taken into custody, the airline said on Tuesday.

Crew members intervened and the man, who was not immediately identified, was arrested by local authorities, American Airlines said in a statement. There were no reports of injury.