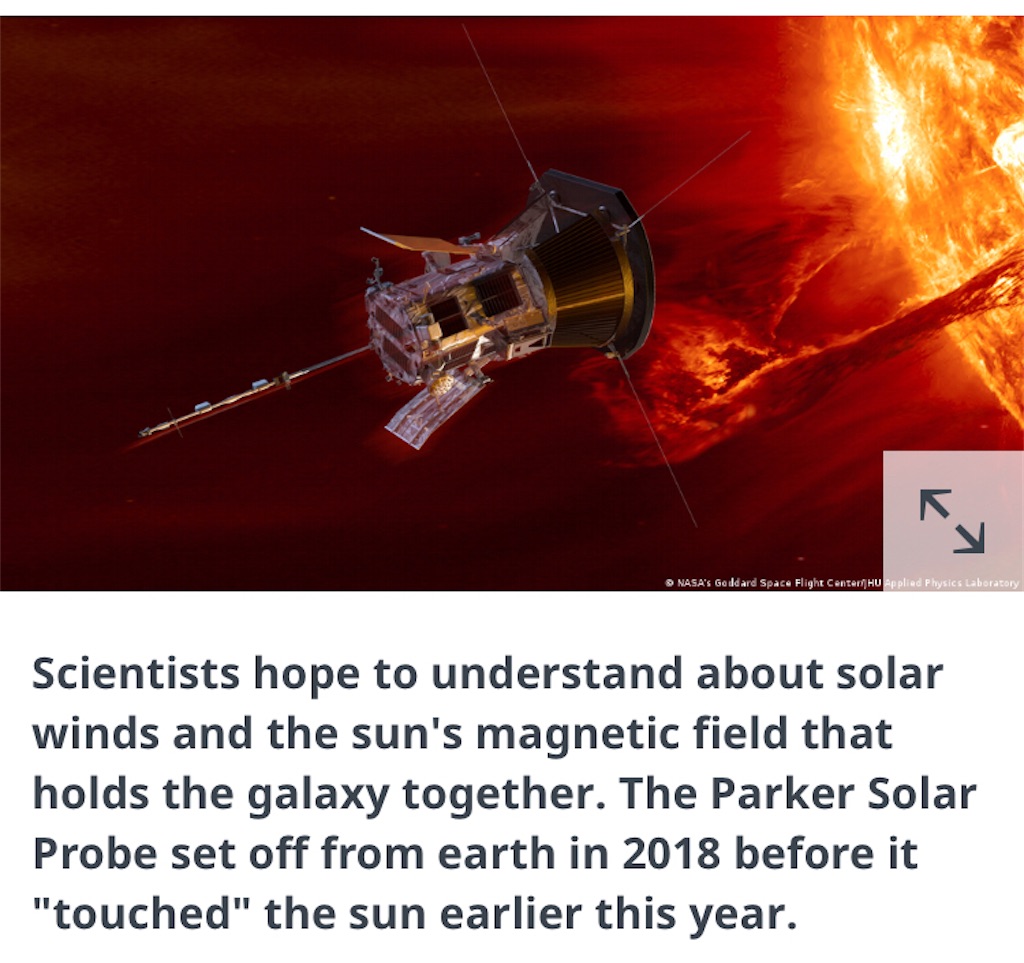 A NASA spacecraft has gone closer to the sun than ever before, entering its atmosphere known as the corona, scientists from the US space agency said on Tuesday.

The successful first contact of the with the sun's outer layer was announced at an American Geophysical Union meeting after a 93 million mile (150 million km) journey from earth.

Why is this corona contact significant?
The Parker Solar Probe stayed for five hours in the corona in April during its eighth close encounter with the sun. The probe's spiral  trajectory takes it gradually closer to the sun with each rotation and NASA estimates suggest that "during the last few passes" it would have been consistently close enough to have entered the corona. It then took scientists several months to receive the data and analyse it to confirm the achievement.

"The fact that the probe has touched the sun is a crowning moment for solar science and an extraordinary feat," said Thomas Zurbuchen, associate administrator of NASA's science mission board, in a statement.