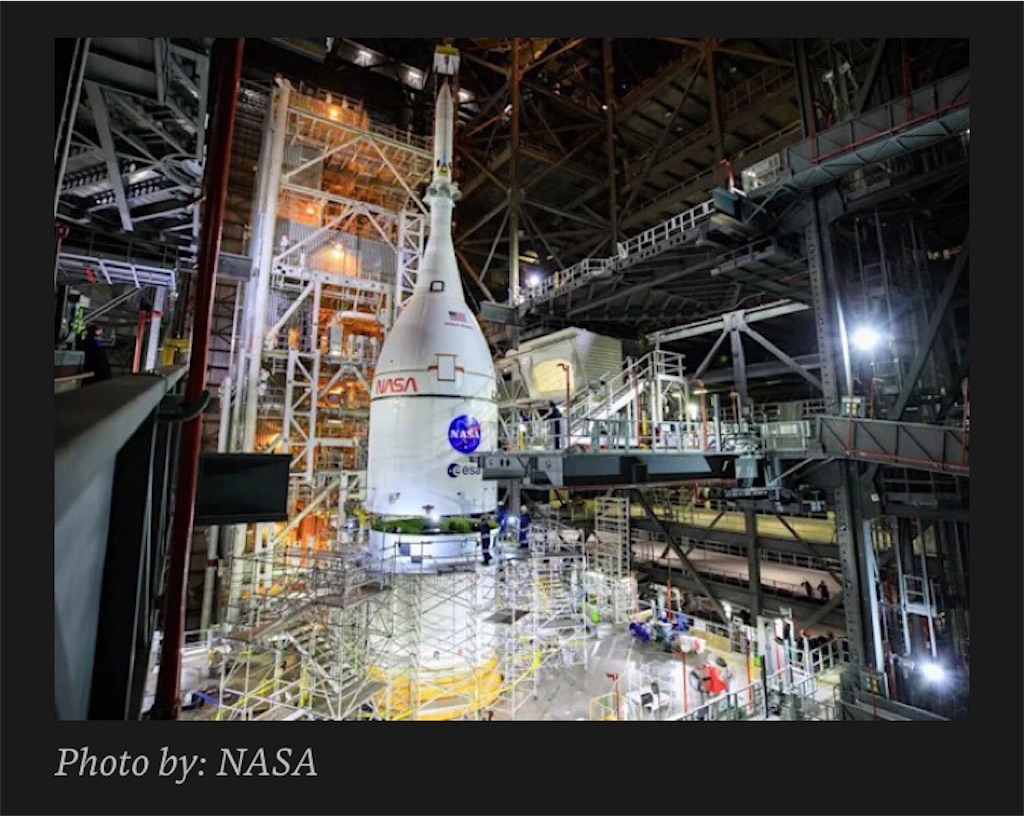 NASA’s Orion spacecraft is secured atop the agency’s powerful Space Launch System rocket, and the integrated system is entering the final phase of preparations for an upcoming uncrewed flight test around the Moon. The mission, known as Artemis I, will pave the way for a future flight test with crew before NASA establishes a regular cadence of more complex missions with astronauts on and around the Moon under Artemis. With stacking complete, a series of integrated tests now sit between the mega-Moon rocket and targeted liftoff for deep space in February 2022.

“It’s hard to put into words what this milestone means, not only to us here at Exploration Ground Systems, but to all the incredibly talented people who have worked so hard to help us get to this point,” said Mike Bolger, Exploration Ground Systems program manager. “Our team has demonstrated tremendous dedication preparing for the launch of Artemis I. While there is still work to be done to get to launch, with continued integrated tests and Wet Dress Rehearsal, seeing the fully stacked SLS is certainly a reward for all of us.”