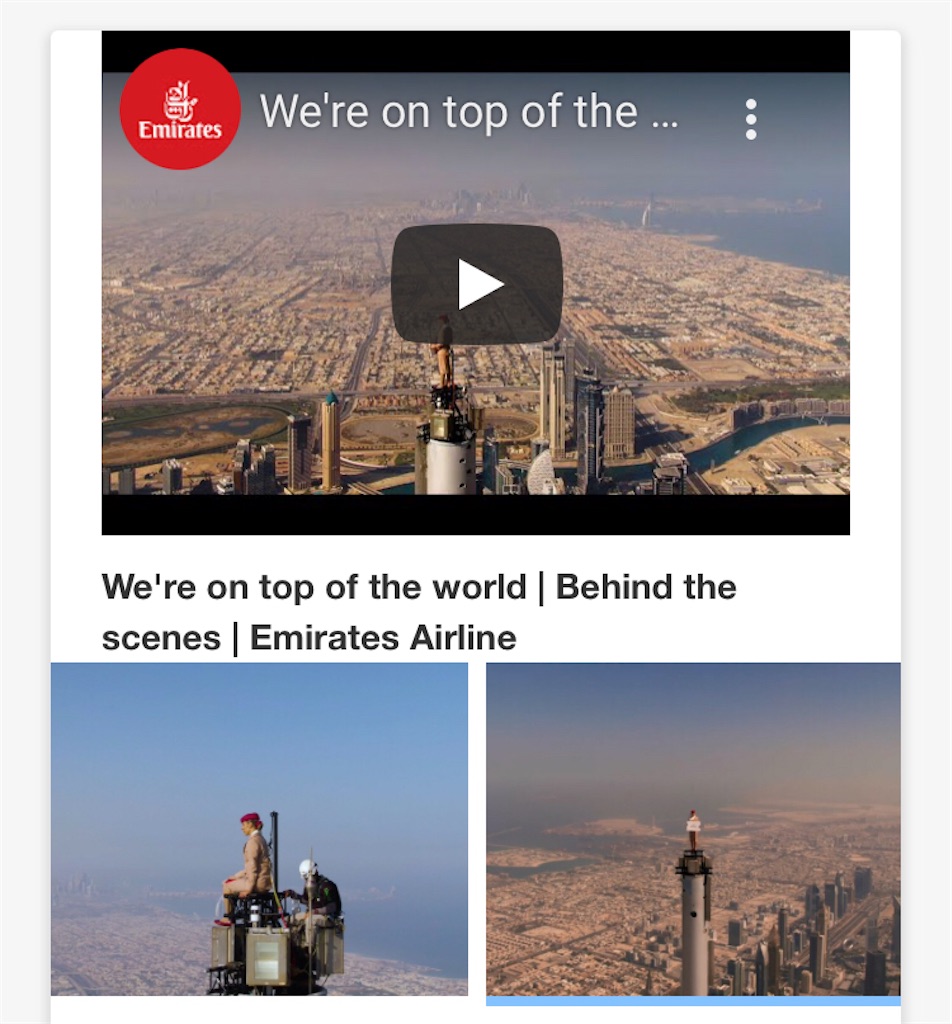 Emirates’ latest ad features its cabin crew on the tip of the Burj Khalifa, joining an elite group of individuals

Dubai, UAE, 9 August 2021 – Emirates is no stranger to bold advertising but its latest commercial takes it up a notch. The new advertisement features an Emirates cabin crew member in full uniform standing tall on the tip of the Burj Khalifa by Emaar at 828 metres above ground. She joins only a handful of individuals who have had the privilege to stand at the pinnacle of the world’s tallest building – including Tom Cruise and the Crown Prince of Dubai, H.H Sheikh Hamdan bin Mohammed bin Rashid Al Maktoum.

The 30 second clip opens with a close up of the cabin crew holding up message boards in a nod to the famous scene in the 2003 cult hit “Love Actually”. As the camera pans out, audiences soon find that the crew, with her iconic red Emirates hat and uniform, is actually standing at the very top of the Burj Khalifa by Emaar, giving audiences a panoramic view of Dubai’s skyline. The behind the scenes edit can be viewed here, on Emirates YouTube channel and across the airline’s other social media channels.