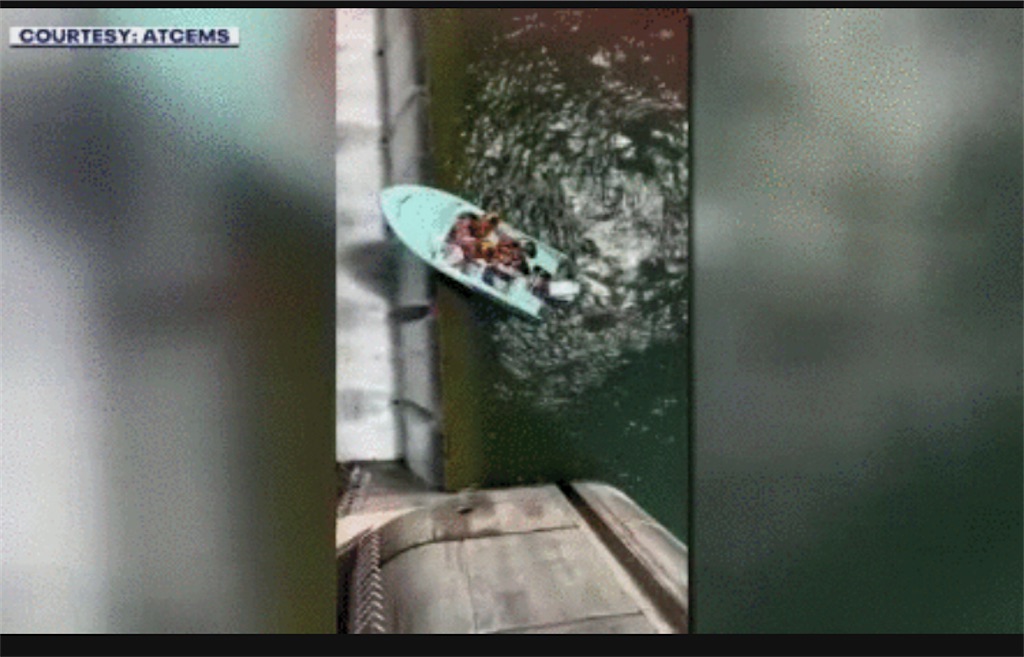 Some boaters in Texas were rescued Thursday after their vessel came dangerously close to tipping over a dam in the Austin area, according to local paramedics.

Emergency crews responded to the Longhorn Dam after 911 callers reported that the boat was "up against the dam" and it looked like it was "going to go over," according to Austin-Travis County Emergency Medical Services (ATCEMS).

ATCEMS shared updates of the rescue on social media. One photo showed just how close the boat came to tipping over.

ATCEMS added that the vessel was attached to another boat in the area by a rope. Life vests were lowered down to the vessel's four occupants, officials said.