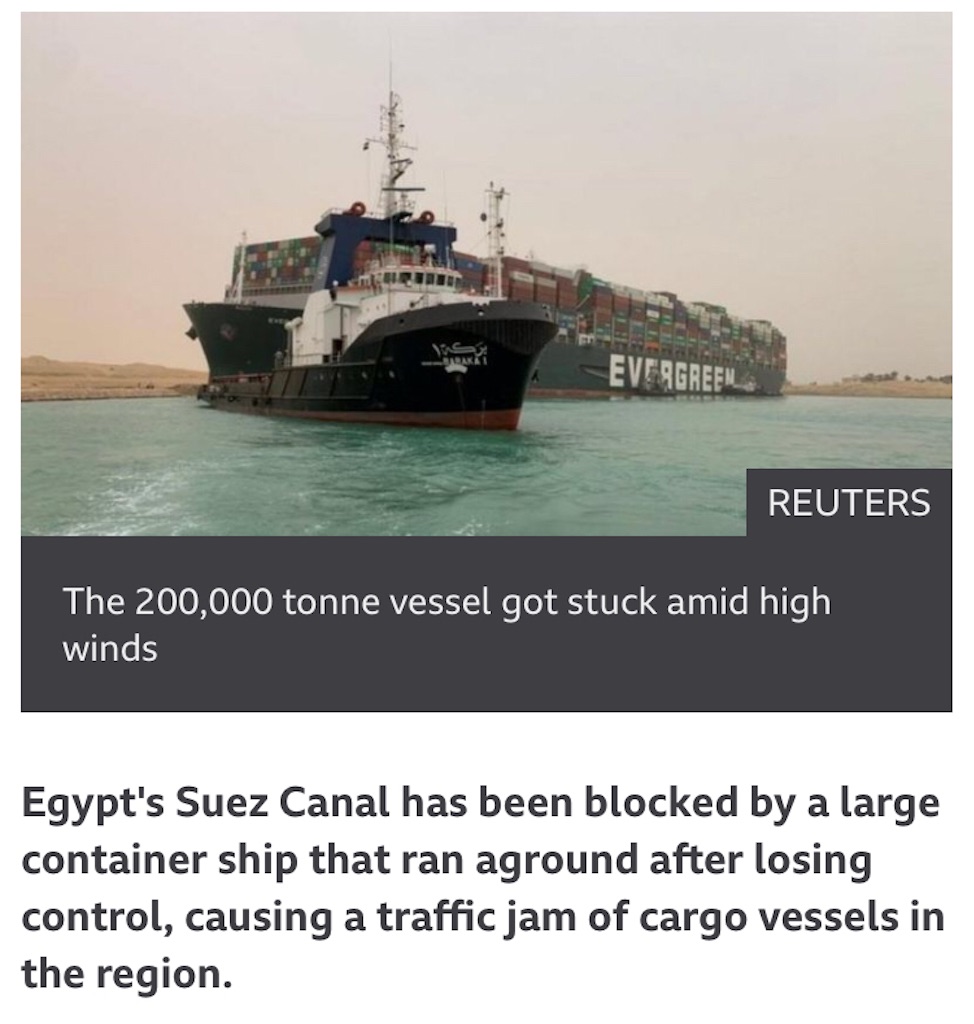 A giant container ship the length of four football pitches has become wedged across Egypt's Suez Canal, blocking one of the world's busiest trade routes.
Dozens of vessels are stuck, waiting for rescue boats to free the 400m-long (1,312ft) ship, which was knocked off course by strong winds.
Egypt has reopened the canal's older channel to divert some traffic until the grounded ship can move again.
The blockage sent oil prices climbing on international markets.

About 12% of global trade passes through the Suez Canal, which connects the Mediterranean to the Red Sea and provides the shortest sea link between Asia and Europe.
The Ever Given, registered in Panama and operated by the shipping company Evergreen, was bound for the port city of Rotterdam in the Netherlands from China and was passing northwards through the canal on its way to the Mediterranean.