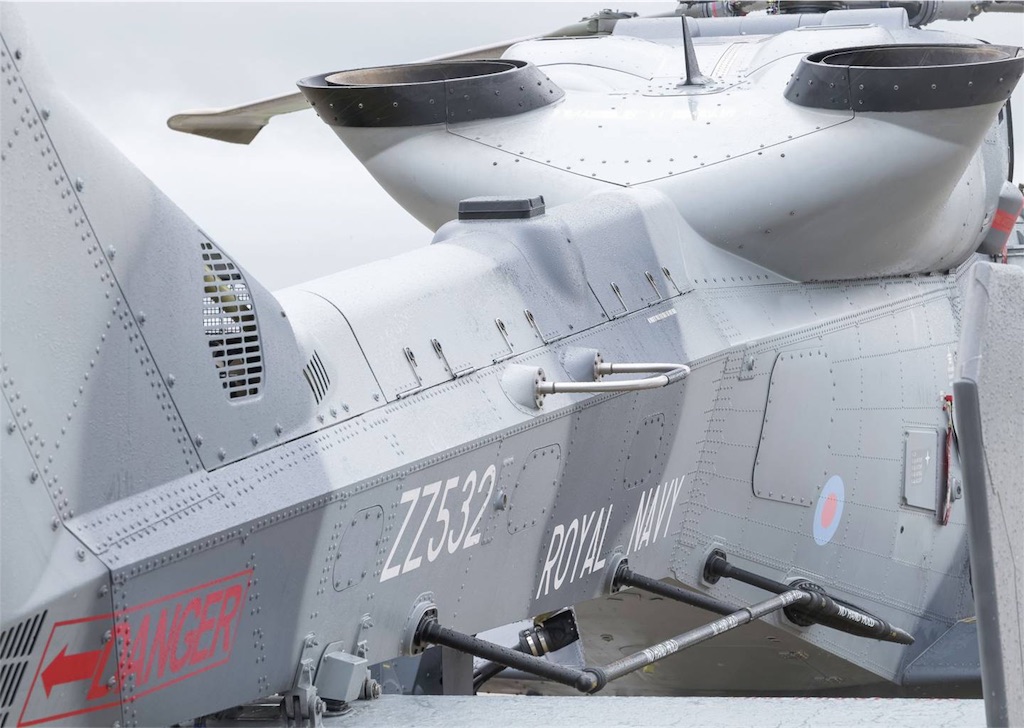 From laser-guided missiles in combat, to virtual reality simulations in training, the Royal Navy Fleet Air Arm’s Wildcat and Merlin Mk2 helicopters are powered by cutting-edge tech on their maritime mission.

It’s 2.00am over the icy North Sea and the Merlin Mk2 crew are in desperate straits. The aircraft is fast running out of fuel above the treacherous waters. They have two options: either land the helicopter back on the ship deck as it rolls among the violent sea, or plummet into the icy depths. With next-to-no-visibility and seconds ticking away, the crew has little choice but to hand their lives over to the pilot and pray they make it home.

Thankfully, it’s just a simulation. At the Royal Naval Air Stations of Culdrose and Yeovilton, this is the sort of scenario played out on repeat for crew members. Rather than ship decks and ocean waters, students are honing their abilities in virtual reality, within futuristic moving domes controlled by their instructors. Life-and-death situations from engine failure to bad weather are all reproduced with photo-realistic effects. “We have to make sure we can operate right at the edge of the envelope,” explains Lieutenant Commander Christopher Luke. “We’re trained to control an aircraft in zero visibility at the dead of night, in choppy waters.”

The Merlin Mk2 patrol chopper and the Wildcat attack helicopter act as the eyes and ears of any maritime operation. Lifting off from the frigate, they travel at speed scouting for enemies across the ocean, before reporting back to the ship. Both aircraft are fitted with an infrared camera and sonobuoys: sonar systems which can be dropped into the sea, acting as underwater radars. If required, the vehicles can also act as the mission's teeth – the Wildcat is equipped with laser-guided Martlet missiles, while the Merlin carries Sting Ray torpedoes.