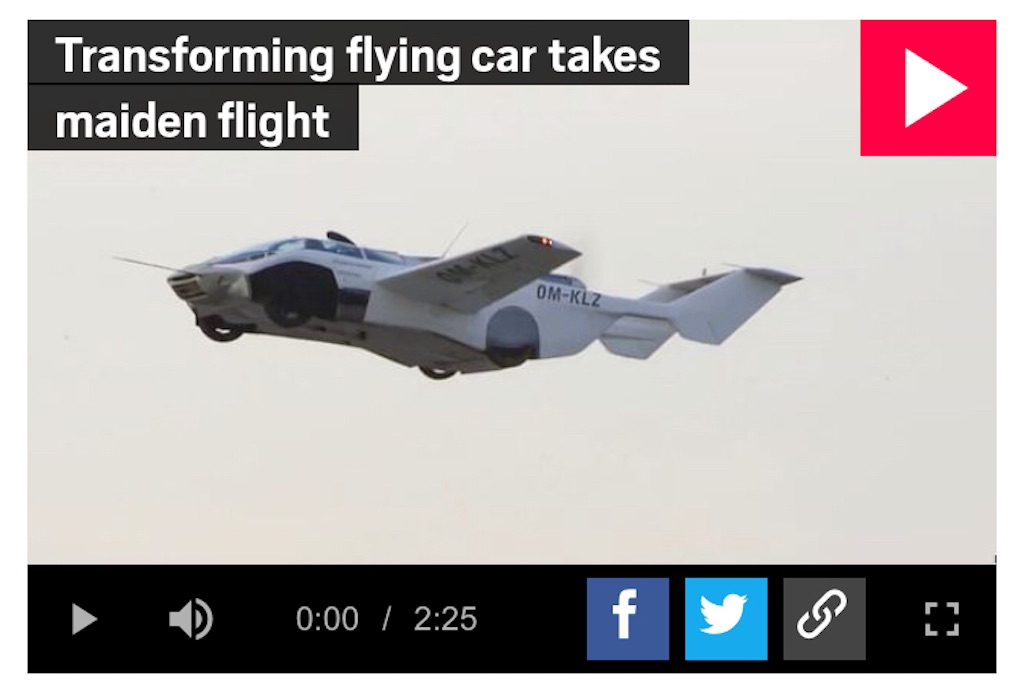 The journey to work would be a little different if your car could unfurl a pair of wings and glide over all the stationary traffic.

While this dream is still some way off for most of us, there’s a promising development coming out of….Slovakia.

Over there is a research and development company called Klein Vision, run by a chap called Professor Stefan Klein.

For the last 30 years, he’s been working to develop a flying car.

Now on his fifth generation of the product – fittingly called ‘AirCar’ – we have some genuinely impressive footage from a couple of test flights.

The video, shown above, follows the AirCar as it barrels down the road before transforming into a plane and taking to the skies. The company says it’ll complete the transformation in just three minutes.

The two-seat model weights 1,100kg and can carry additional load of 200kg per flight. 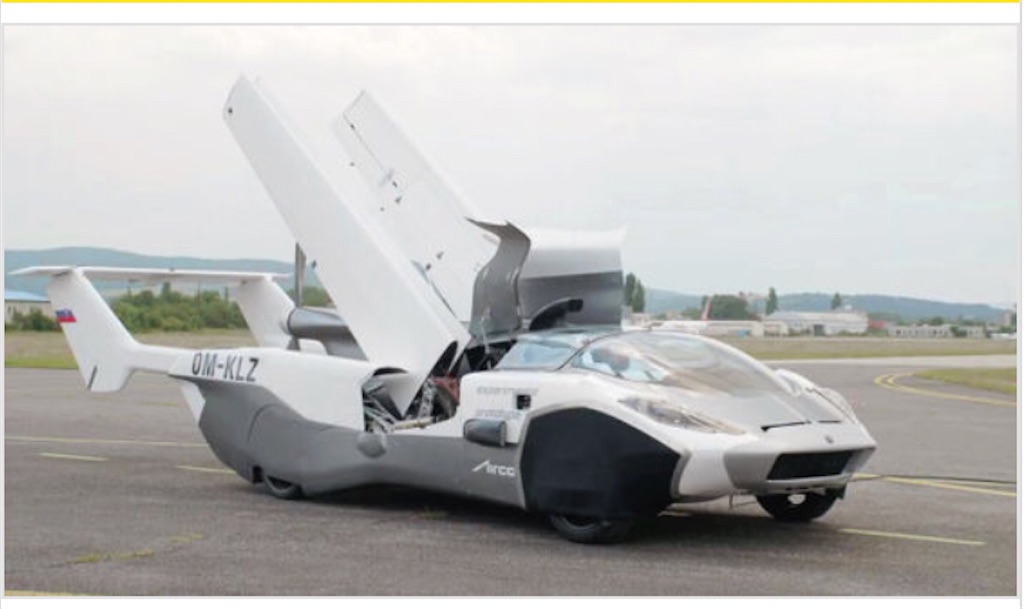 It’s powered by a BMW 1.6l engine giving the car-plane an effective power output of 140HP.

Klein Vision says the estimated travel range of the AirCar is 1,000km with a flight consumption of 18 l/h. 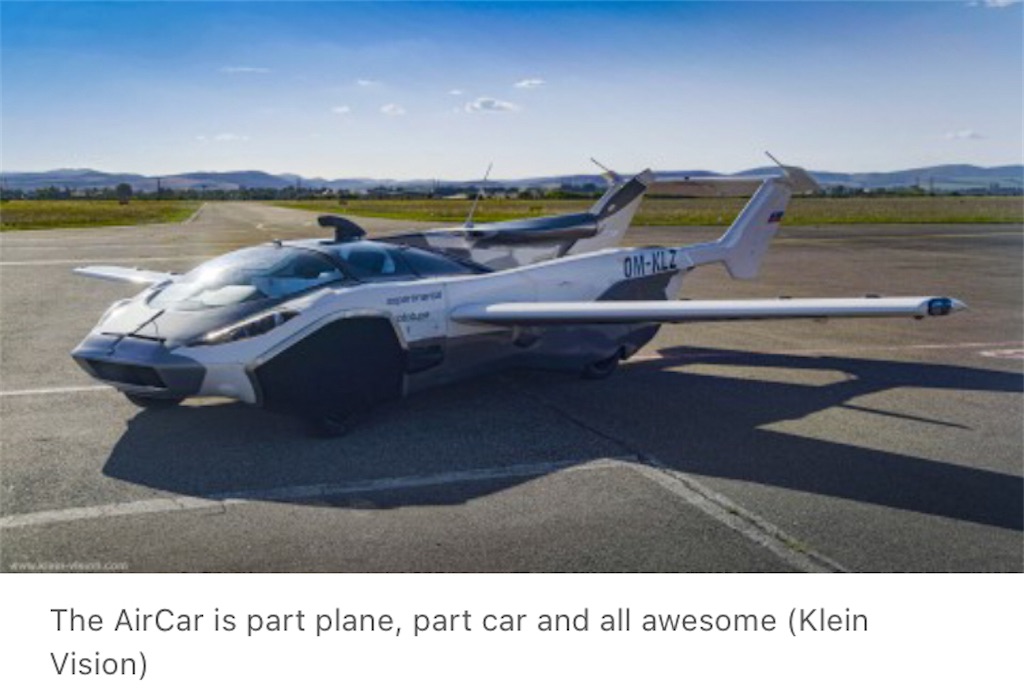