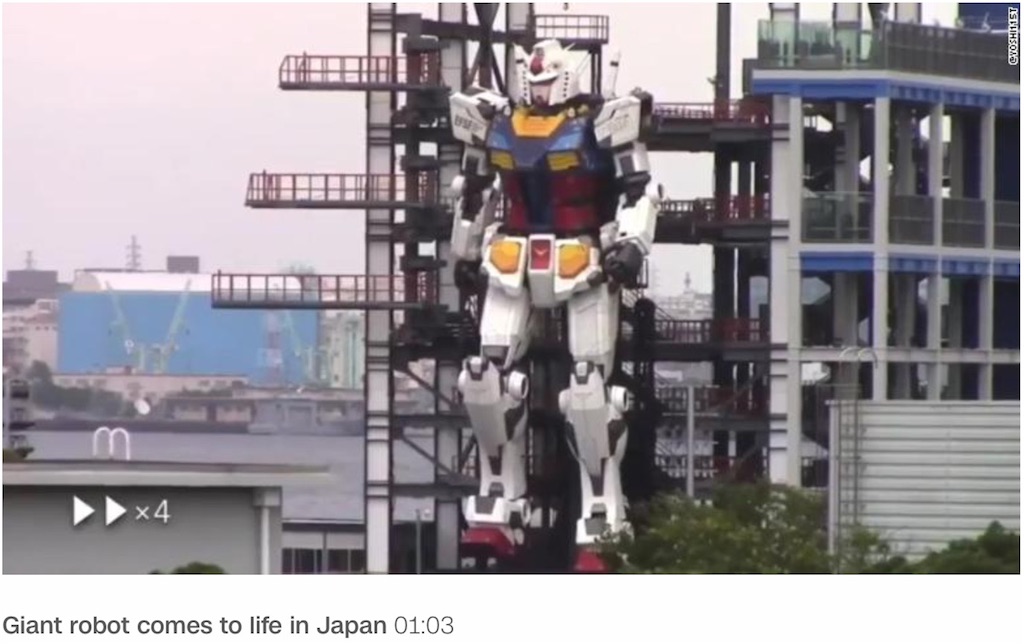 (CNN)A giant robot based on a character from a classic anime series has undergone testing in the Japanese city of Yokohama.
The massive humanoid resembles a robot from "Mobile Suit Gundam," a popular TV series from the late 1970s, and can be seen walking, kneeling and gesticulating in a video of the test posted on Twitter on Monday.
The robot, which has been in the works since 2014, stands nearly 60 feet high and weighs 24 tons, with more than 200 pieces made from a mixture of steel and carbon fiber-reinforced plastic, according to the company that created it.