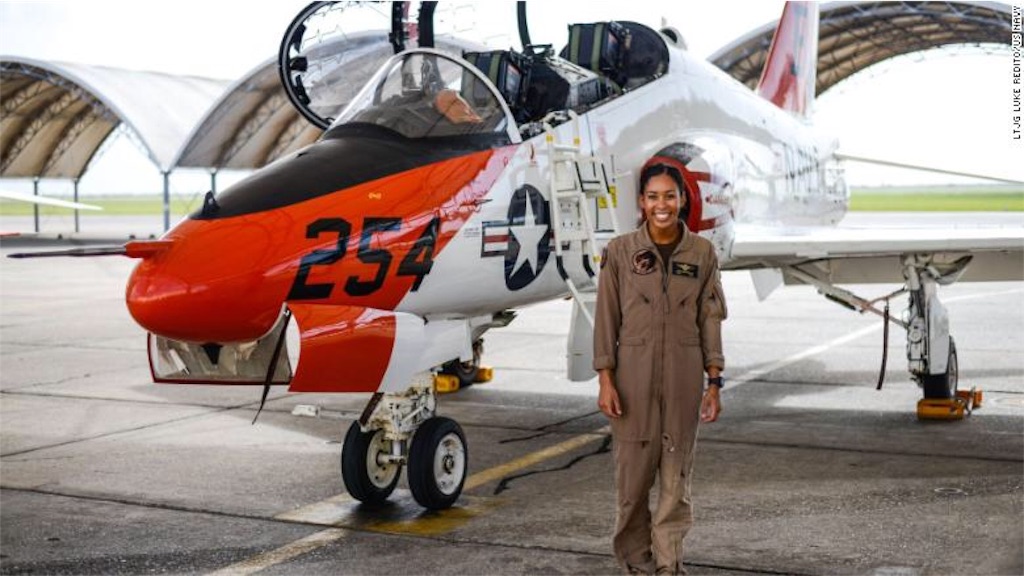 (CNN)Soaring through the glass ceilings of both her gender and race, Lt. j.g. Madeline Swegle has made history as the US Navy's first Black female tactical aircraft pilot.

"BZ to Lt. j.g. Madeline Swegle on completing the Tactical Air (Strike) aviator syllabus," the Chief of Naval Air Training wrote Thursday on Facebook, using the abbreviation BZ for Bravo Zulu, which means "well done."
"Swegle is the U.S. Navy's first known Black female TACAIR pilot and will receive her Wings of Gold later this month," the post continued.
Her completion of the tactical air training program paves the way for her to fly fighter jets such as the F/A-18E/F Super Hornet, the F-35C Joint Strike Fighter or the EA-18G Growler, according to the Navy Times.