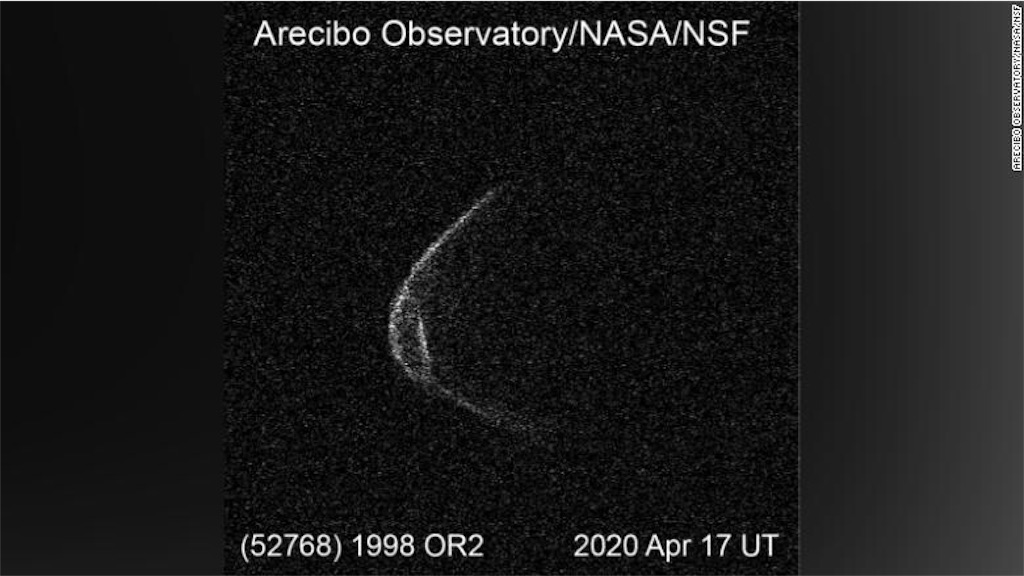 This Doppler radar image of asteroid 1998 OR2 makes it appear as though the asteroid is wearing a face mask.

CNN - An asteroid estimated to be 1.2 miles wide will fly by Earth next week, but it's not expected to collide with our planet.

And if an asteroid could be aware of such things, it appears to be wearing a face mask in deference to the pandemic, according to new images from Arecibo Observatory in Puerto Rico.
The asteroid is called 52768 (1998 OR2), and it was first spotted in 1998.
On April 29, it will pass within 3,908,791 miles of Earth, moving at 19,461 miles per hour. That's still 16 times farther than the distance between Earth and the moon.
If it did impact Earth, the asteroid is "large enough to cause global effects," according to NASA, back when the asteroid was first discovered.
"The small-scale topographic features such as hills and ridges on one end of asteroid 1998 OR2 are fascinating scientifically," said Anne Virkki, head of planetary radar at Arecibo Observatory, in a statement. "But since we are all thinking about Covid-19, these features make it look like 1998 OR2 remembered to wear a mask."