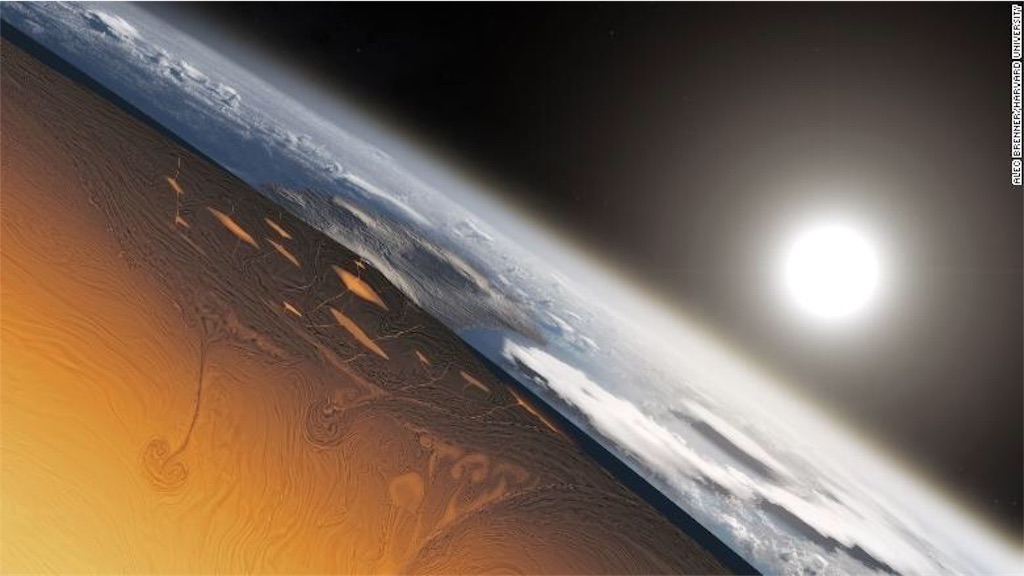 Photos: Ancient finds
This is an artist's illustration showing a cross-section of Earth's forming crust approximately 3 to 4 billion years ago.

CNN - When dinosaurs roamed the Earth 90 million years ago, the planet was much warmer, including Antarctica at the South Pole. But in a surprising twist, researchers have discovered evidence that Antarctica also supported a swampy rainforest at the time, according to a new study.

Researchers captured a slice of the seafloor using a drill rig aboard a polar research vessel on West Antarctica's Amundsen Sea between February and March in 2017. The sediment core sample was taken near the Pine Island and Thwaites glaciers.
CT scans of the sediment core revealed pristine samples of forest soil, pollen, spores and even root systems so well preserved that they could identify cell structures. The soil included examples of pollen from the first flowering plants found this close to the South Pole.