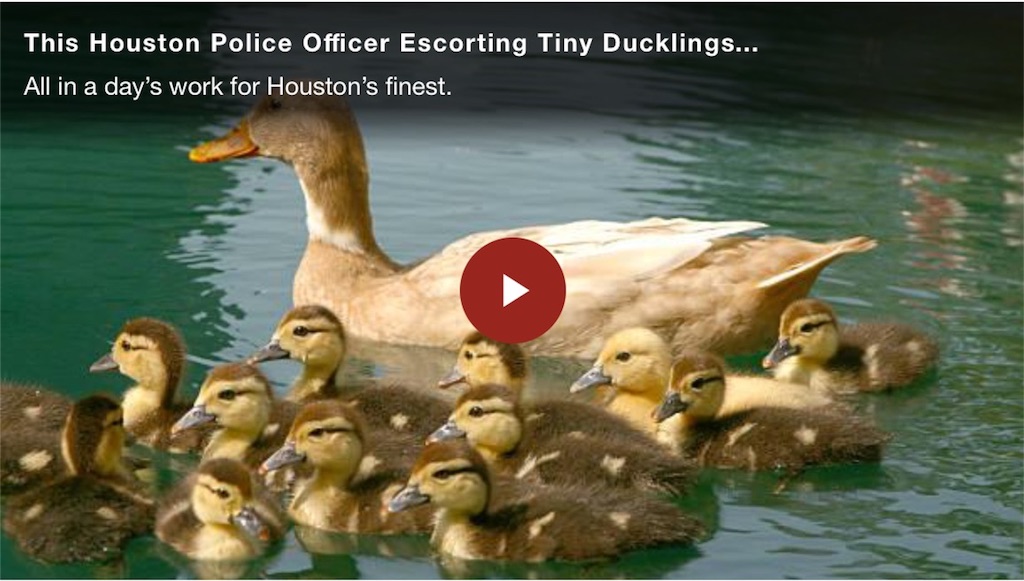 A video of a Houston police officer playing mama to a brood of tiny ducklings over the weekend is warming hearts across the country.
The Houston Police Department took to social media with footage of Assistant Chief Larry Satterwhite playing follow-the-leader with a line of ducklings on Saturday. According to the caption, the baby ducks had gotten separated from their mom and needed help finding her in Memorial Park. They appear plenty thankful to have gotten a police escort.
“While ensuring Memorial Park was secure, Asst. Chief @SatterwhiteLJ provided a police escort for these ducklings trying to find their mom,” the police department wrote alongside the heart-warming clip on Facebook. Remember parks are closed this #EasterWeekend, but we’re keeping things under control with @HPARD until you can return.”