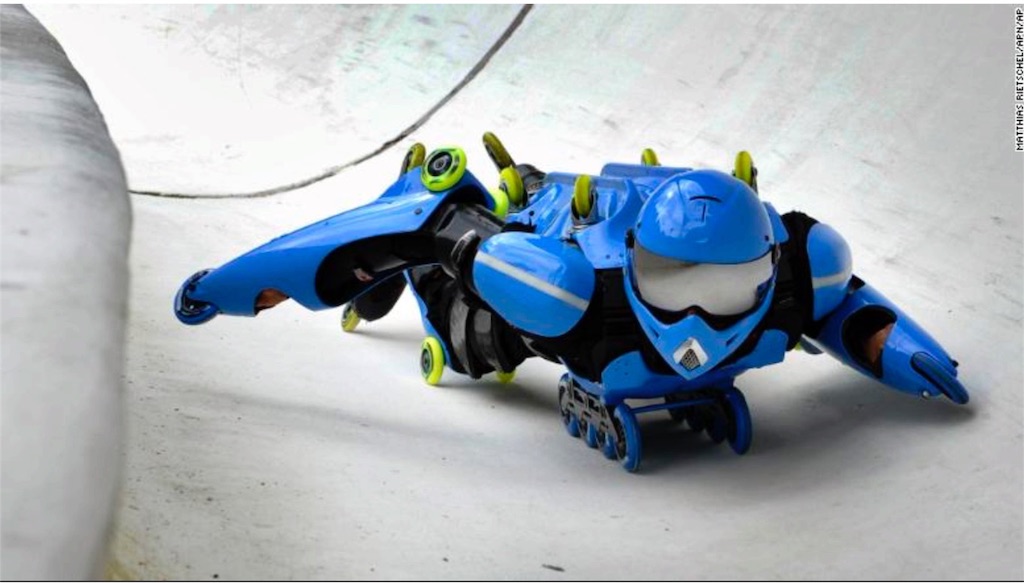 In his cyborg-style suit adorned with roller skates, he's a modern-day action hero who travels at speeds of more than 60mph, powered by gravity.
The body armor with wheels is quite a look, but this cyborg doesn't hang around, especially when he's speeding past cars descending mountain roads.
The man in the carbon fiber suit is 49-year-old Jean-Yves Blondeau. After studying for an industrial design degree, the Frenchman became fascinated with the futuristic possibilities of roller skating or what he calls "buggy rollin'" -- a name Blondeau came up with after he was inspired by the idea of a bug rolling.
Rollerman rose to prominence at an age where the internet was almost non-existent. Fast forward 27 years and he's the talk of Generation Z, amassing hundreds of millions of likes on one of the world's most talked about social media apps, TikTok.
READ: Fabio Wibmer wows the world with daredevilry on two wheels

« 新聞報道と実際の英語訳のギャップ This Field of Light in California Is th… »
プロフィール