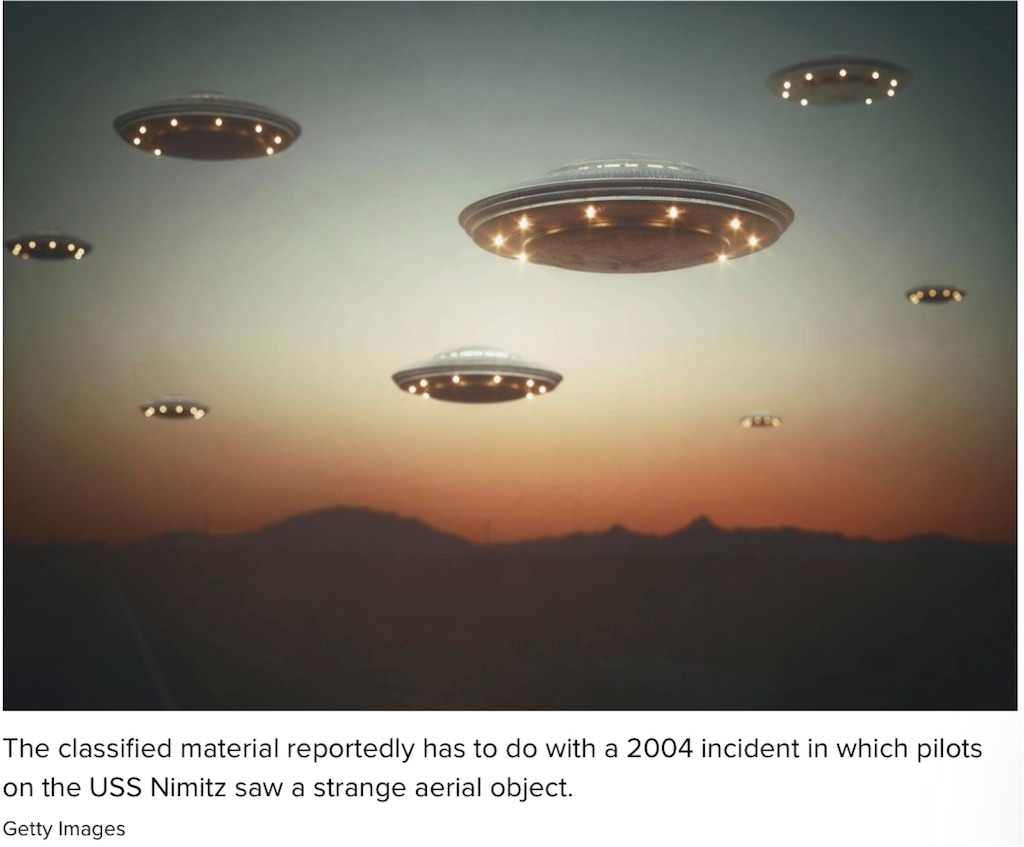 In response to a Freedom of Information Act request, the Navy says it has classified documents relating to a 2004 UFO encounter, Motherboard reports.

The US Navy says it has classified documents and video related to a 2004 UFO encounter and releasing those materials would threaten national security, according to a report Friday by Motherboard. The Navy reportedly confirmed its possession of the data in response to a Freedom of Information Act request.

In 2004, Navy pilots on the USS Nimitz encountered a strange aerial object. After researcher Christian Lambright sent a FOIA request seeking additional information about that incident, the Office of Naval Intelligence (ONI) said, according to Motherboard, that it had "discovered certain briefing slides that are classified TOP SECRET" because the materials "would cause exceptionally grave damage to the National Security of the United States."

The Navy also said ONI has a video classified as "SECRET," according to Motherboard. In December 2017, The New York Times published a one-minute video of the pilots' encounter with the UFO. Several researchers speculate that the Navy could possess the full-length, raw copy of that footage, because some witnesses of the incident say they saw a longer, higher-resolution version, Motherboard said. Others have denied the existence of such a version.