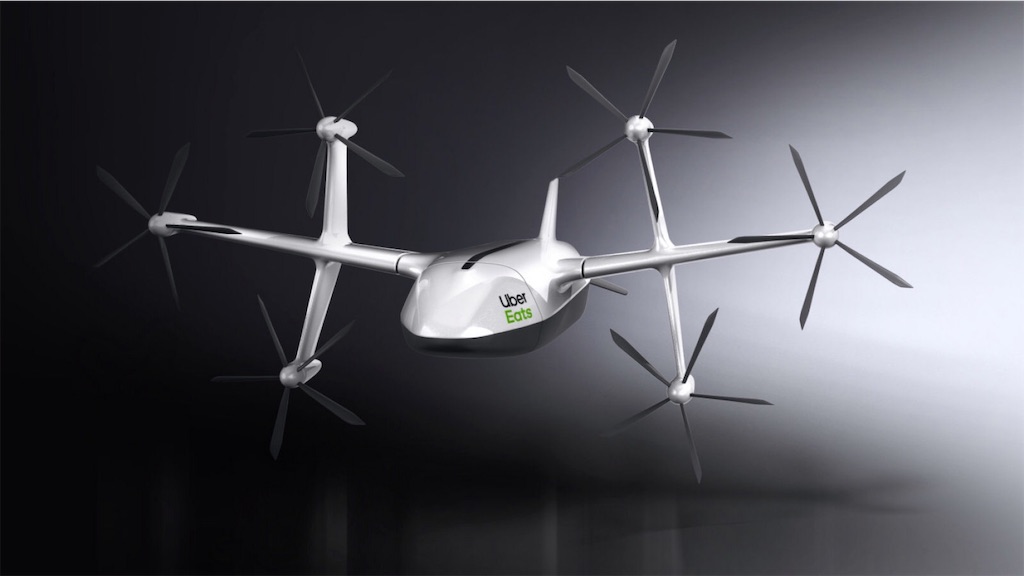 An unmanned aerial system capable of vertical take-off and landing might transport your Uber Eats orders in the future. The ride-hailing company, which has been expanding its repertoire recently, has unveiled a new design for its food delivery drone at the Forbes 30 under 30 Summit. Uber's drone design has rotating wings with six rotors "for increased speed and efficiency" and can carry meals for up to two people. Its battery can only last for around eight minutes, including loading and unloading, and it only has a range of 12 miles for a roundtrip delivery -- but that's OK, because Uber expects to use it for just a part of the process.