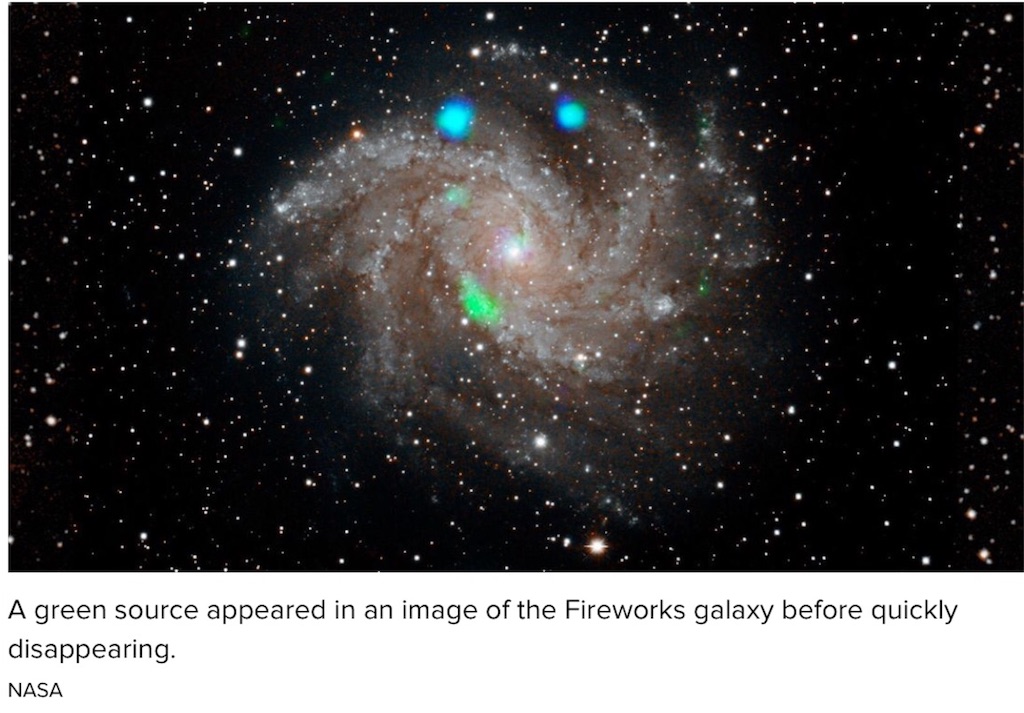 NASA's NuSTAR X-ray observatory has spotted something a little weird. While imaging the Fireworks galaxy, NuSTAR spotted several mysterious bright sources of X-ray light, appearing as green and blue spots. Within days, the blobs had disappeared.

A recent study, published in the Astrophysical Journal, offers potential explanations for the appearance of a green blob near the galaxy's center, which appeared and disappeared within weeks.

The main goal of the NuSTAR observations was to examine a supernova -- a huge star explosion. The green blob, known as an ultraluminous X-ray source (ULX), shown at the bottom of the galaxy in the image above didn't appear during the first observation, but showed up during a second one 10 days later. Another space telescope, NASA's Chandra X-ray Observatory, then looked again and found the object, ULX-4, had quickly disappeared.