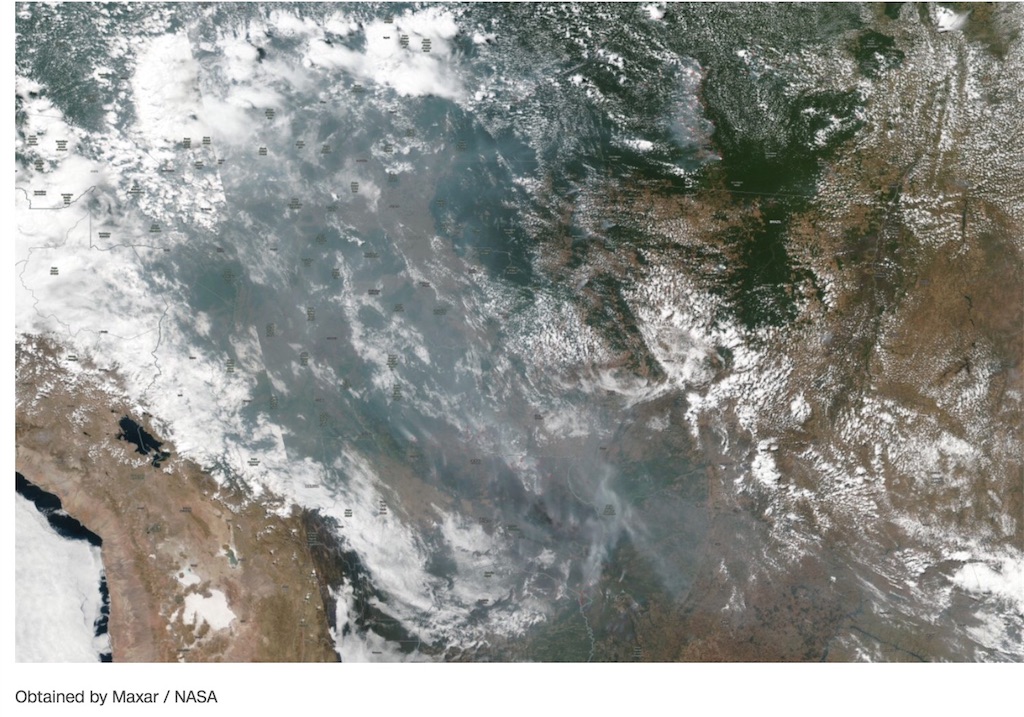 The National Institute for Space Research, Brazils's space research center said this week that the number of fires in Brazil are 80% higher than last year.

More than half of those are in the Amazon region — spelling disaster for the local environment and ecology.

Those fires are burning at the highest rate since the National Institute for Space Research began tracking them in 2013.

Why the Amazon matters: The Amazon forest produces about 20% of the world's oxygen, and is often called "the planet's lungs." According to the World Wildlife Fund, if it is irrevocably damaged, it could start emitting carbon instead -- the major driver of climate change.