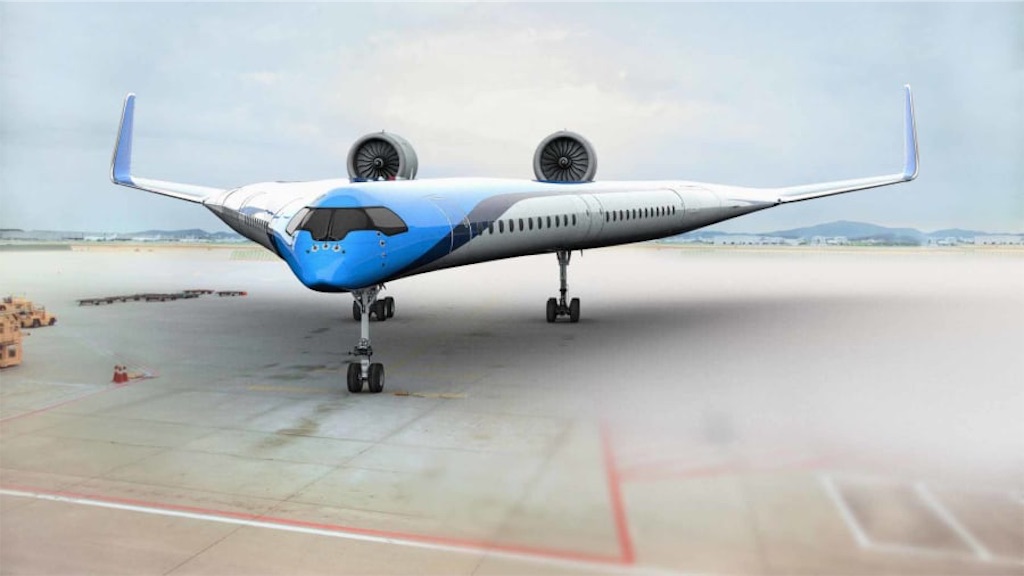 (CNN) — The development of a V-shaped, fuel-efficient airplane design known as the Flying-V is getting a boost with the announcement that Dutch national carrier KLM Royal Dutch Airlines will help to fund it.
Intended to improve the sustainability of air travel, the Flying-V was conceived by Justus Benad, then a student at the Technical University of Berlin, and developed by researchers at Delft University of Technology in the Netherlands, also known as TU Delft.
Its futuristic design incorporates the passenger cabin, fuel tanks and cargo hold into the wings.