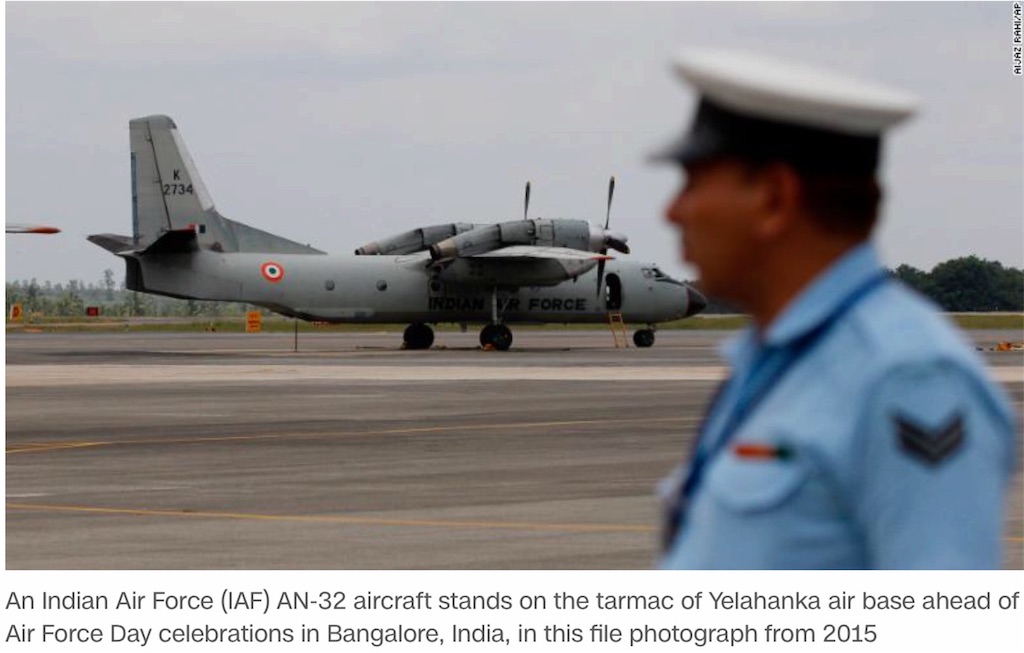 The Indian Air Force said it has not been able to locate the Antonov AN-32, a Soviet-era twin-engine turboprop transport aircraft, after it disappeared mid-flight Monday.
The plane took off at 12:27 p.m. in Jorhat, a city in India's eastern Assam state bound for an airfield in Manchuka, about 128 miles (205 kilometers) to the north, the Indian Air Force said on Twitter.
The aircraft contacted ground control about 30 minutes after takeoff but has not been heard from since. Families of the 13 Indian Air Force personnel on board have been notified.