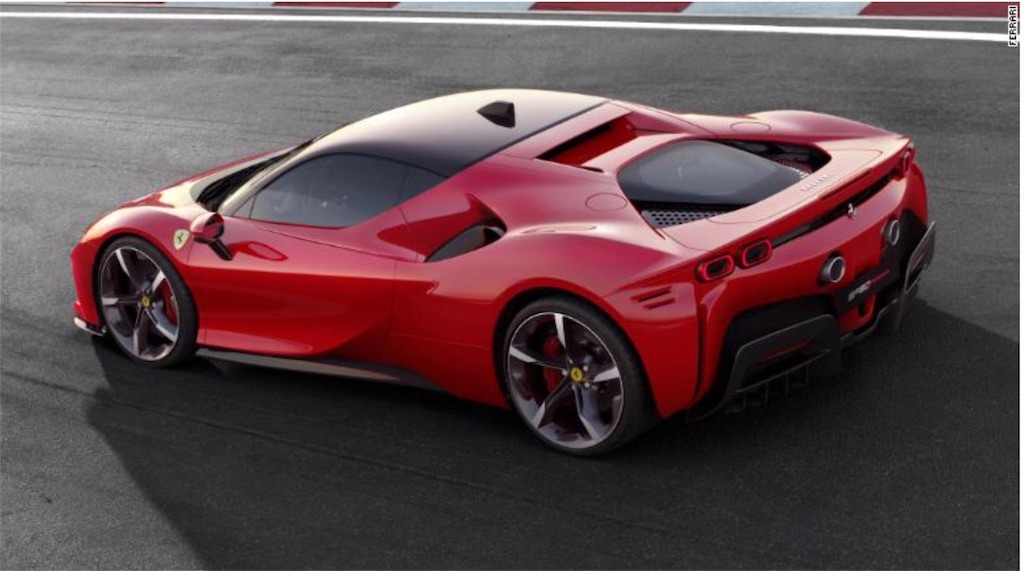 The Ferrari SF90 Stradale has a 3.9-liter V8 engine and three electric motors that, together, can produce as much as 986 horsepower. Two of the motors drive the car's front wheels while the third is attached to the gasoline engine mounted behind the seats. It also has an eight-speed transmission similar to that in a Formula 1 racecar.
The SF90 will be able to go from zero to 60 miles an hour in a little over two seconds and reach a top speed of 211 miles an hour. The car can be driven in full electric mode for up to 15 miles and can go as fast as 84 miles an hour using just its electric motors. Normally, the car will operate as a hybrid, though, relying on both the gasoline engine and electric motors.