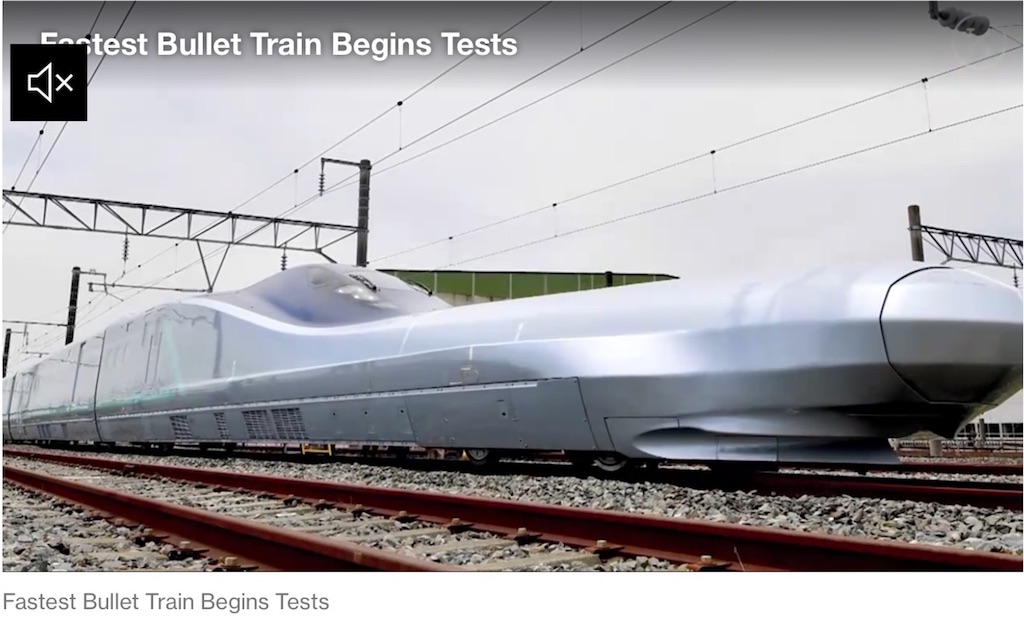 Japan is pushing the limits of rail travel as it begins testing the fastest-ever shinkansen bullet train, capable of speeds of as much as 400 kilometers (249 miles) per hour.

Called the Alfa-X, the train is scheduled to go into service in 2030. Rail company JR East plans to operate it at 360 kilometers per hour. That would make it 10 kph faster than China’s Fuxing Hao, which links Beijing and Shanghai and has the same top speed.

To cope with massive wind resistance when entering tunnels, the Alfa-X’s first car will mostly be a sleek nose, measuring 22 meters (72 feet). With just three windows, there looks to be hardly any space, if at all, for passengers in the front. Painted in metallic silver with green stripes, the 10-car bullet train begins test runs Friday between the cities of Aomori and Sendai at night, to be conducted over three years.