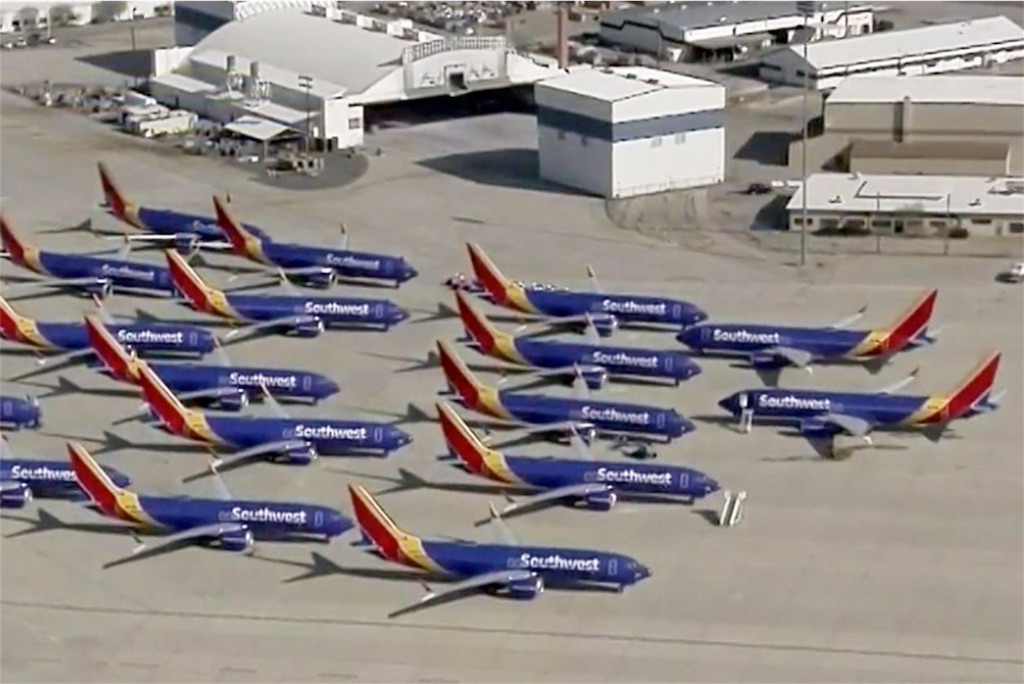 A plane headed to a Victorville, Calif., facility, above, made an emergency return to Orlando, Fla., on Tuesday.

The crew of a Southwest Airlines Boeing 737 Max declared an emergency shortly after takeoff and returned to Orlando’s main airport on Tuesday after reporting an engine problem, the Federal Aviation Administration said.

The FAA grounded this type of aircraft earlier this month following two fatal crashes of the popular model.

Airlines aren’t allowed to fly passengers under the FAA’s order. The Southwest plane, which was not carrying passengers, was bound for Victorville, Calif., where the carrier is storing the aircraft in a facility in the western Mojave Desert.

The FAA on March 13 joined dozens of other countries in grounding the planes, following the crash of Ethiopian Airlines Flight 302, a Boeing 737 Max 8. All 157 passengers on board were killed and investigators said the crash had “clear similarities” with a Lion Air flight in October, operated by the same type of plane, plunged into the Java Sea in Indonesia, killing the 189 people on board.

The FAA said it is investigating the Southwest incident on Tuesday and that the issue was not related to other concerns about the 737 Max that led the agency to ground the plane.