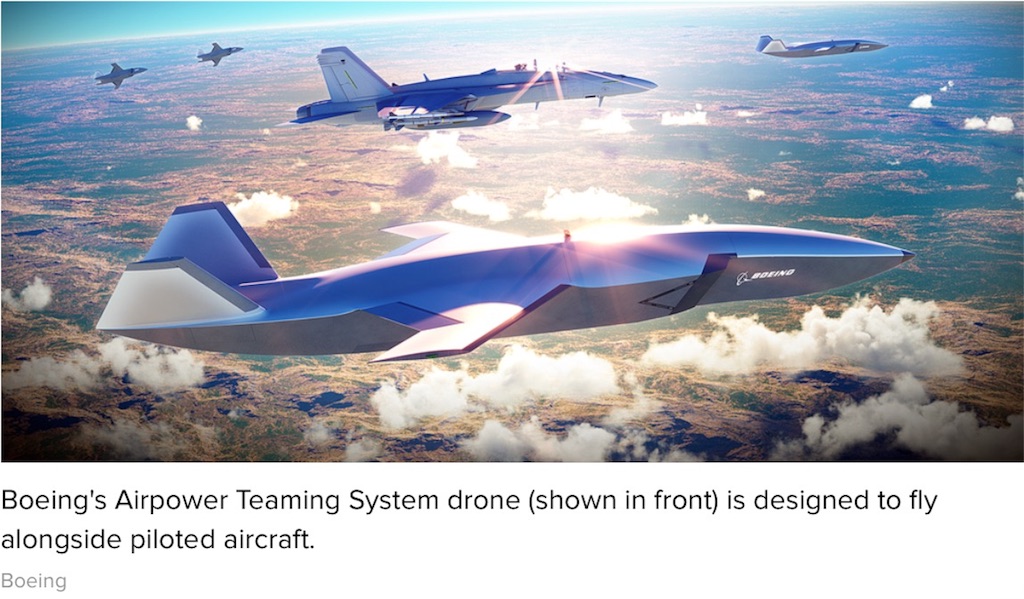 Boeing doesn't need a pilot to be your wingman.

The aviation company has unveiled a new unpiloted drone that uses AI to fly alongside piloted aircraft, operating as what it calls a "loyal wingman" for military operations.

While the ATS has only been shown as a model, Boeing wants to start flights in 2020.

Designed by Boeing Australia with investment from Australia's Department of Defence, the Boeing Airpower Teaming System (ATS) is the first unpiloted aircraft developed by Boeing outside the United States. Measuring 38 feet long (11.7 metres), it can fly without a pilot for more than 2,000 nautical miles -- either solo, or alongside other military aircraft.