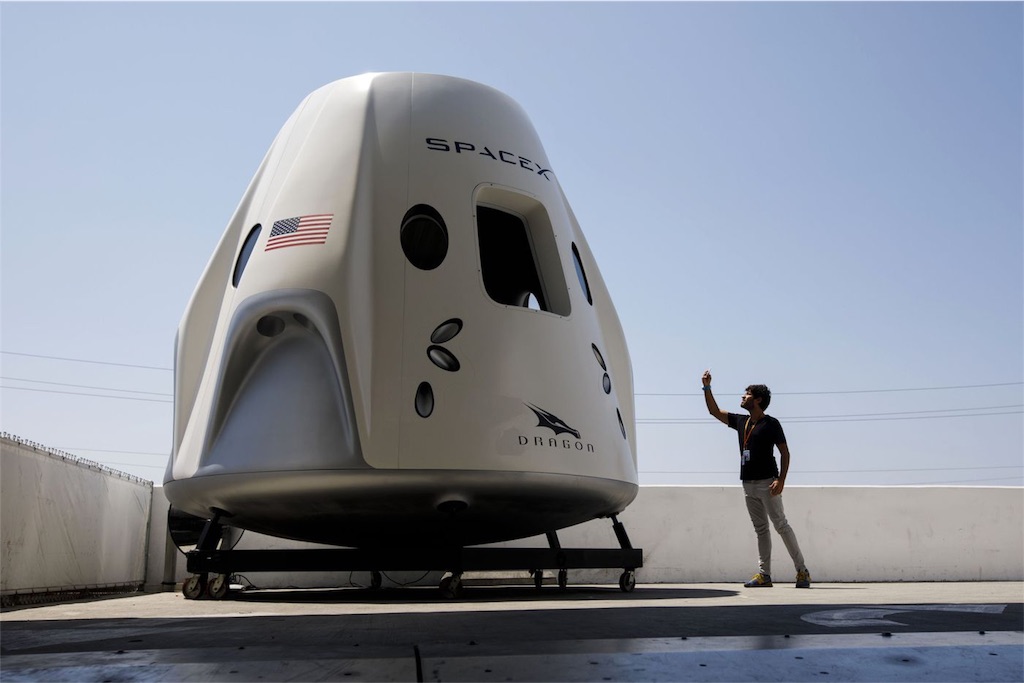 An attendee takes pictures of a mock up of the Crew Dragon spacecraft. Photographer: Patrick T. Fallon/Bloomberg

Billionaire Elon Musk’s SpaceX is ready to fly its first commercially-built spacecraft designed for humans to the International Space Station, NASA said Friday after a high-level agency review of the project in the final week before the flight.

The unmanned SpaceX Demo-1 launch is set for 2:48 a.m. U.S. Eastern time on March 2 from Cape Canaveral, Florida. The 27-foot long Crew Dragon will dock with the space station at 5:55 a.m. the following day. It will carry some cargo, radiation monitors and a full-scale “dummy” to replicate an astronaut.