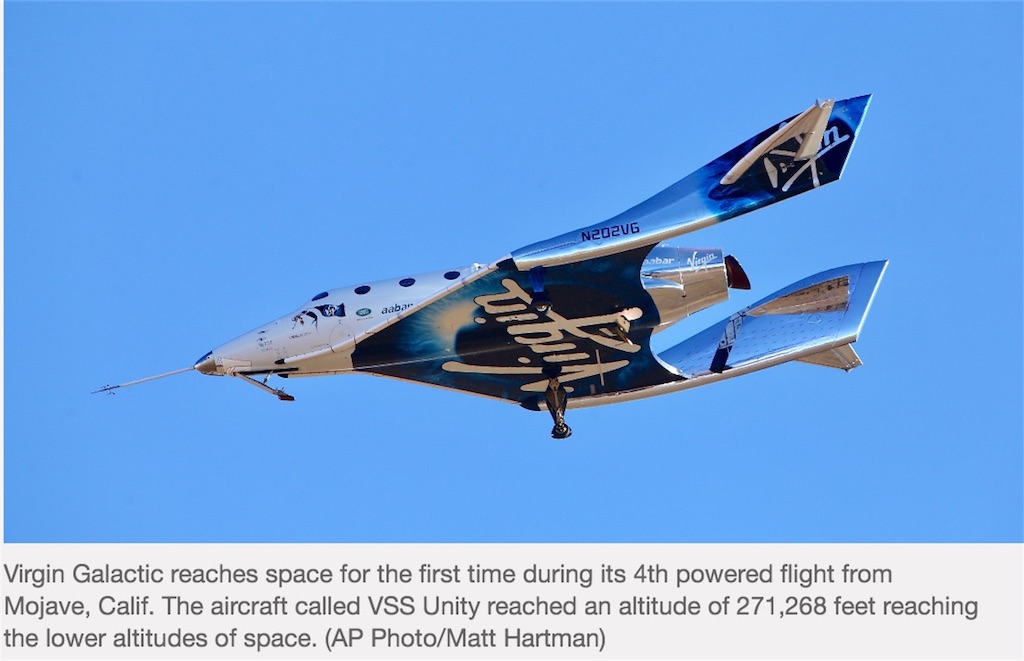 The rocket ship hit an altitude of 51 miles (82 kilometers) before beginning its gliding descent, said mission official Enrico Palermo. It landed on a runway minutes later.

“We made it to space!” Palermo exclaimed.

The supersonic flight takes Virgin Galactic closer to turning the long-delayed dream of commercial space tourism into reality. The company aims to take paying customers on the six-passenger rocket, which is about the size of an executive jet.

Virgin Galactic founder Richard Branson said there will be more test flights and if all goes well he will take a ride before the public gets its chance.