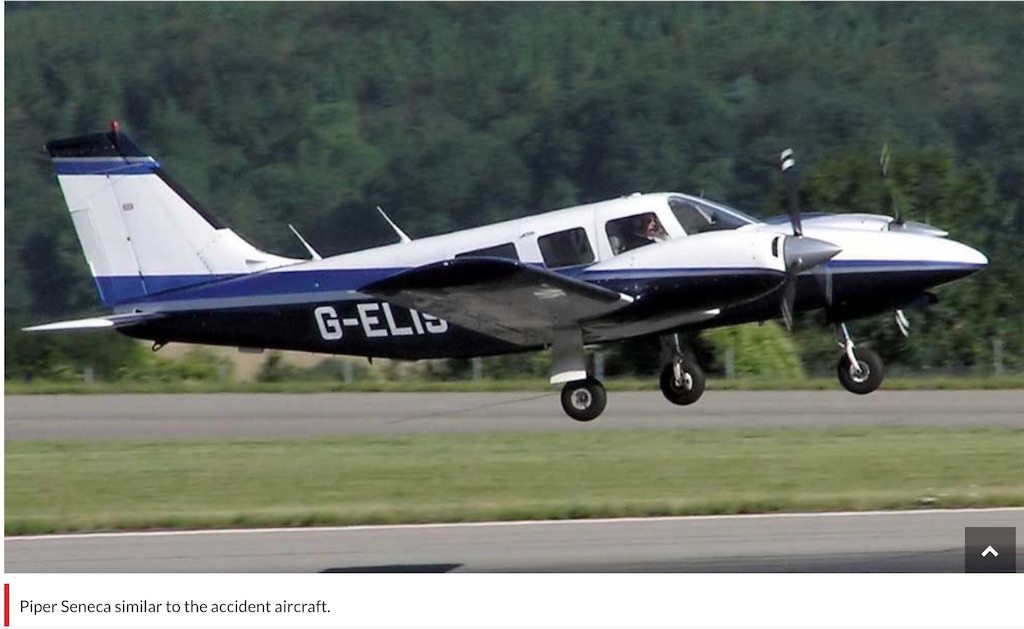 Preliminary details about yesterday’s midair collision in the Everglades, 11 miles northwest of Miami Executive Airport report the accident claimed the lives of four people, apparently two aboard each aircraft. Reports also indicate that both aircraft – a Cessna 172 and a twin-engine Piper Seneca – were involved in flight training activities at the time of the accident that occurred about 1 p.m. local time Tuesday. Each aircraft is believed to have carried a flight instructor and one additional person, although which people were aboard which aircraft is still unconfirmed. One of the instructors was an FAA Designated Pilot Examiner.
Local TV video of the wreckage showed the name, Dean International Flight School, printed on the side of the Seneca’s fuselage. The tail number of the Cessna has not yet been identified although it is reported to have been from the same school. The video of the wreckage on the ground showed the right wing missing from the Seneca and both wings off the Cessna.