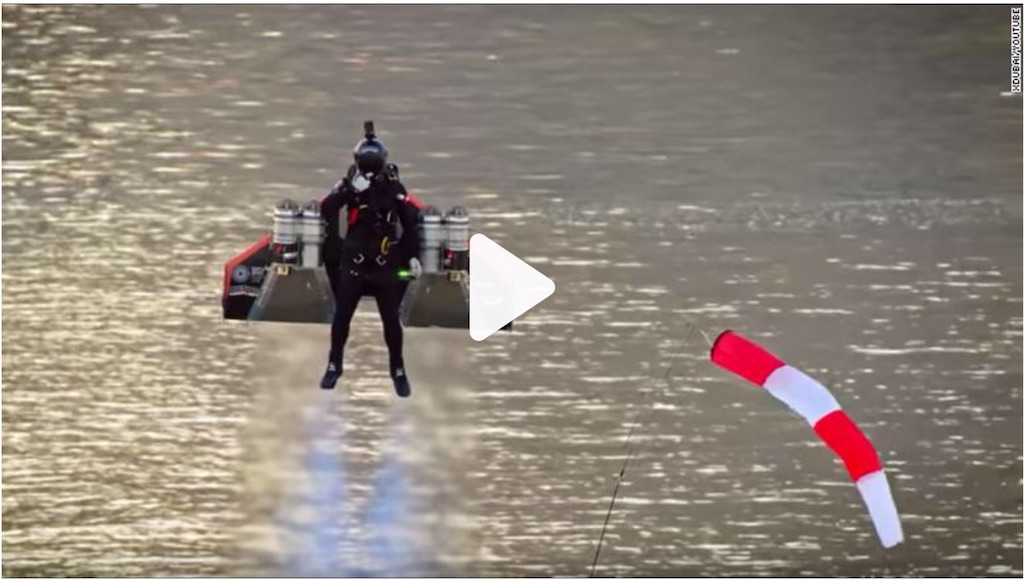 CNN  - We may be closer to seeing a real-life Iron Man suit than you think.

"We are so happy we achieved this incredible flight," Reffett said in a statement. "It's the result of extremely thorough teamwork, where each small step generated huge results. Everything was planned to the split second, and I was overjoyed by the progress that was achieved. It is another step in a long-term project. One of the next objectives is to land back on the ground after a flight at altitude, without needing to open a parachute. It's being worked on," he said.
The carbon-fiber wingsuit is powered by four mini jet engines, and the team's engineers were able to create a manually controlled thrust vectoring nozzle that allows pilots "to control rotations around the yaw axis at zero speeds."
The yaw axis is perpendicular to the wings and allows the pilot to turn left and right while flying horizontally.
The milestone didn't come easy.
Reffett conducted at least 50 preparatory flights, and he practiced more than 100 takeoffs and landings while under a cable and with a fall arresting system as precautionary measures.
The Jetman Dubai team is partnered with Expo 2020 Dubai and its "Mission: Human Flight" program to achieve autonomous human flight.