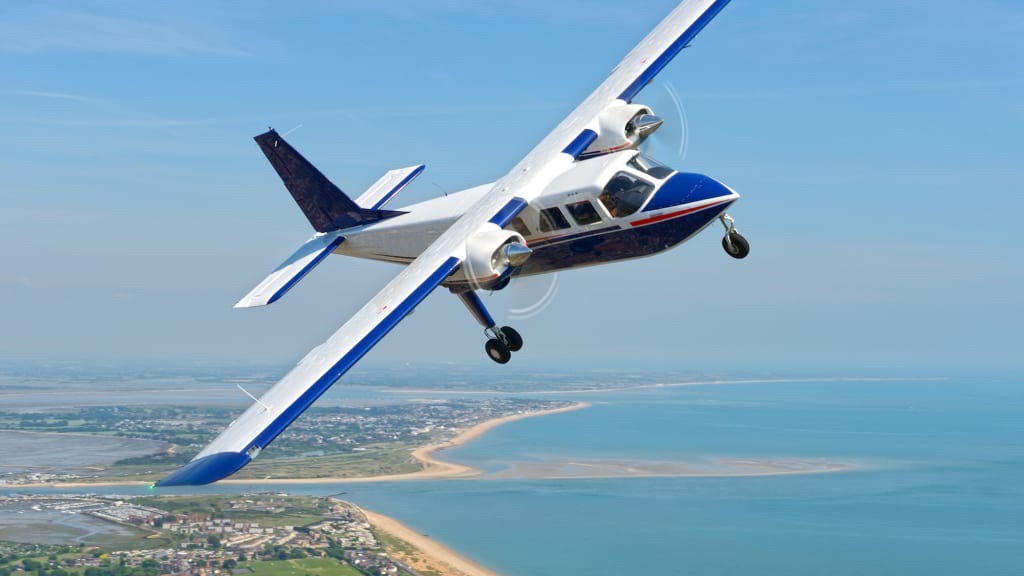 (CNN) — The dream of boarding an electric commercial passenger airplane and flying from A to B with minimal carbon emissions has taken a step closer to reality with the announcement of a new aircraft that could be operational within three years.
Cranfield Aerospace Solutions (CAeS) said Monday it is working on developing the UK's first all-electric powered aircraft, with commercial flights coming as early as 2023.
Experts will work to convert a nine-seat Britten-Norman -- an aircraft often used for short flights between islands -- by integrating an hybrid-electric propulsion system into the vehicle.
The aircraft will be capable of taking off and flying short routes fully electric, a spokeswoman for Cranfield University confirmed to CNN, while a low emission engine will work to recharge the aircraft's batteries during the flight.